Posted on Januari 4, 2016 by febriminato

YU-GI-OH : FIVE OF US
Actually this is translated post from this post YU-GI-OH : TRIVIA REALM. Enjoy this

1. Every main protagonist have a “Yu” word in their name, which means King.

2. Every main protagonist called with their “Yu” name, except Yuki Judai that called Judai/ Jaden.

4. Yusei Fudo is the oldest of them,
18 years old. (Atem not considered as he treated as Yugi Mutou)

5. All of them have lose, not always win every duel they encounter.

6. All of them have some girl that seem likes them.

8. Only Judai Yuki ever to be antagonist character, known as Haoh.

9. Only Judai Yuki has ‘natural’ hair color between them all.

10. They have some rival that ever beat them in a duel.

11. Only Yuma that learned one summon metode, Xyz Summon.

12. They ever tagged with their respective rival in Tag Duel.

13. It seems only Judai that ever ended a duel with “DRAW” status.

14. It seems Yuma a bit weaker than other main protagonist. 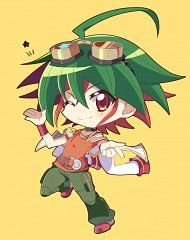 15. They ever wear school uniform in the series, mostly become their signature costume, except Yusei Fudo, as we know he is never take formal lesson.

16. Only Yugi that have ace monster with Spellcaster type, others have either Dragon or Warrior type. 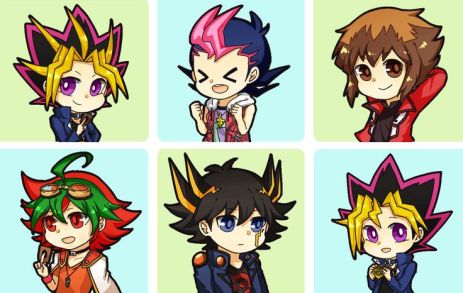 17. All of them dont care so much about girls feeling… all in their mind are DUEL DUEL AND DUEL !!

18. Only Yuma known have evolved form called Zexal, that happen when he and Astral Xyz Summon themself… the other protagonist doesnt have as its not considered as evolved (my opinion)